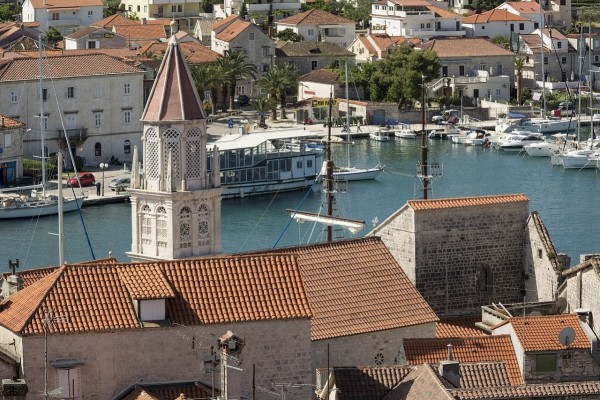 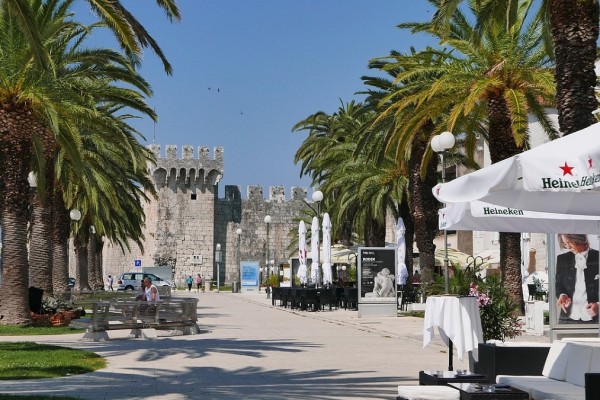 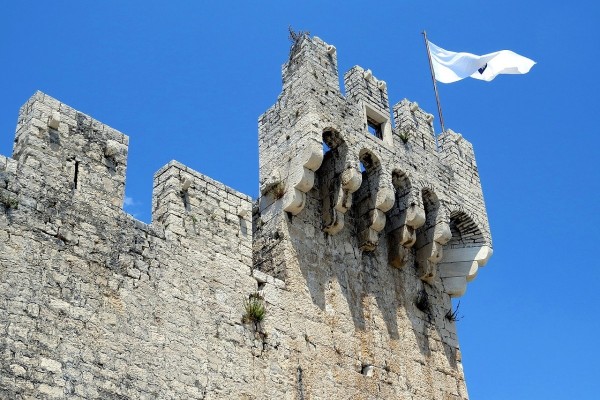 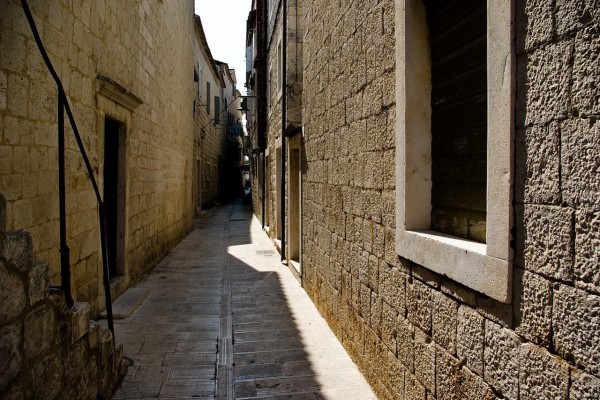 Trogir has 2300 years of continuous urban tradition. The name comes from the Greek “tragos” (male goat). Its culture was created under the influence of the ancient Greeks, and then the Romans, French and Venetians. Trogir has a high concentration of palaces, churches and towers, as well as a fortress on a small island, and in 1997 was inscribed in the UNESCO World Heritage List.

Gorgeous Trogir (called Trau by the Venetians) is set within medieval walls on a tiny island, linked by bridges to both the mainland and to the far larger Čiovo Island. On summer nights everyone gravitates to the wide seaside promenade, lined with bars, cafes and yachts – leaving the knotted maze-like marble streets gleaming mysteriously under old-fashioned streetlights.

Trogir is a town on the central Adriatic coast of Croatia. Its preserved old town, known for its mix of Renaissance, baroque and Romanesque buildings, lies on a small island connected to the mainland and the island of Čiovo by bridges. The 13th-century Cathedral of St. Lawrence houses the Renaissance Chapel of St. John and offers sweeping views from its bell tower. Parts of the medieval city walls remain intact.

Book Your trip to Trogir from Makarska with Cheap Ride!